In anticipation of the upcoming visit of Minister Fernando Carrillo to Washington, DC, the Afro-Colombian Solidarity Network (ACSN) would like to express serious concerns with the current situation facing specific Afro-Colombian communities and leaders.

We are especially concerned with recent increase in violence against Afro-Colombian communities on the Pacific coast.

Over the last months, there has been a disturbing upswing in violence against civilians and particularly against community leaders, women, and port workers in Buenaventura. This is especially alarming because Buenaventura, as Colombia’s largest export port, will be a key site in the implementation of the U.S.-Colombia free trade agreement.

We are also profoundly concerned about the recent report released by the Catholic Diocese of Tumaco which details gross human rights violations against Afro-Colombian civilians, Community Councils, and community leaders perpetuated by the all armed groups with control in the area. This report is from a neutral and reliable source in this region and includes accounts of death threats, murders, torture, kidnappings, disappearances, extortions and gross cases of sexual and other gender violence against women that have exacerbated in the last months. While the Diocese reports 307 killings in the region between January 2011 and June 2012, we know from our contacts that the situation continues to be disturbing.

Afro-Colombian women throughout Colombia have also increasingly become the targets of gender violence and other human rights violations. While this has long been the case, we are especially concerned with the increased torture and murder of women in Buenaventura as well as death threats against Afro-Colombian women leaders throughout the country, including against the Women’s Association of North Cauca ASOM (Asociación Municipal de Mujeres), an organization affiliation with the Black Communities’ Process in Colombia (Proceso de Comunidades Negras en Colombia, PCN), in addition to Maria Ligia Chaverra and Liria Rosa Garcia from Curvaradó.

The security of Afro-Colombian leaders:

We are also more concerned than ever about the security situation facing Afro-Colombian leaders, some of which have been assassinated defending their constitutionally recognized rights. This was the case with the December 1st assassination of long-time Afro-Colombian activist Miller Angulo of AFRODES. Over the last couple of months, community councils and grassroots black organizations throughout the country have been receiving an alarming amount of death threats and have been targeted by different armed groups. This has included surveillance and death threats against some of the most high profile leaders and organizations. While we applaud the National Protection Unit for granting security measures to threatened AFRODES leader Marino Cordoba, we continue to be concerned about the lack of a commitment by the Colombian government to make a serious effort to protect both individual Afro-Colombian leaders, as well as to lay out appropriate procedures to assure for the collective protection of the Afro-Colombian organizations and Community Councils that have been threatened. Any serious and comprehensive effort by the Colombian government to protect these leaders must include more transparent and efficient procedures. Protective measures must recognize that the targeting of, and violence against, Afro-Colombians leaders is happening at the individual and organizational level.

This increased instability and human rights violations is particularly disturbing because it is happening precisely in the context of continued peace negotiations between the Colombian government and FARC-EP where Afro-Colombian voices have been egregiously absent.

ACSN believes that the direct participation of Afro-Colombian Community Councils and organizations must be guaranteed in the development of public policies and economic development projects that affect them. The Ministry of Interior must ensure their participation, but recent spaces for interlocution with the government demonstrate a commitment to their exclusion.

The Afro-Colombian Solidarity Network will continue to monitor the human rights situation of Afro-descendants and urges the US government and human rights organizations to do the same. 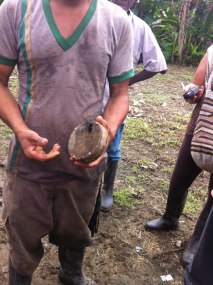 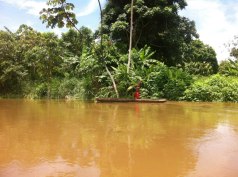 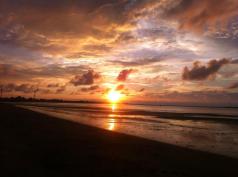 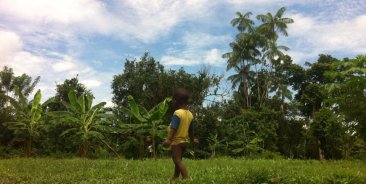