On July 25, 2011, members of the Afro-Colombian Solidarity Network (ACSN) participated in an international mission that confirmed the presence of three of the eight excavators in the area of la Toma. ACSN denounced their presence in a July 20 statement. The international delegation witnessed one of the excavators in operation (see picture below) in San Juan, in the municipality of Suarez, area of La Toma. The verification team also observed two other excavators in the immediate area that seemed not being operated at the time.

The verification mission consisted of Colombian and international representatives and was organized by the Black Communities’ Process (Proceso de Comunidades Negras, PCN), Protection Group (Grupo de Proteccion GTP), Corporación Sembrar, NOMADESC, PCS and the North South Institute. The delegation not only verified the presence of this machinery, but a group of workers and intensive digging activity by meters from the Ovejas River in San Juan.

This machinery and illegal mining violates Constitutional Court Sentence 1045-A which declares as illegal any mining activity aside from the traditional ancestral mining practice of the communities, and demands that the Community Council of La Toma must be consulted and provide consent prior to any foreign mining activity. It is also a violation of Law 685, Colombia’s mining code, which declares that mining activity is illegal within 600 meters of a source of water. The delegation confirmed the existence of illegal mining, as the picture shows, on the margin of the Ovejas River, the only source of water for communities in the area.

The mission was informed by one of the workers in the illegal mining area of San Juan that the miners have been waiting for the order from the Mayor of Suarez to remove the machinery from the area. However, according to the worker, the Mayor has been too busy to issue the order. The Community Council and Indigenous authorities are also waiting for an order that the Mayor of Suarez promised to issue on June 15th during a Mesa Minera (meeting to discuss the mining issues in the municipality), to evict the illegal miners and their machinery that were reported illegally present in La Toma in May.

The lack of executive actions and immediate actions and follow up by the authorities is a violation of the law and the Sentence 1405A that has allowed the miners to not only remain in the area but also to be actively engaged in illegal mining.

After inspecting the site of the illegal mining, the mission met with the spokesman of Suarez (Personero Municipal) of the municipality of Suarez, who expressed that the local administration does not have the capacity and resources to halt the situation. Ironically, last year, the municipal authorities were very diligent to mobilize police forces to evict traditional miners from their lands to protect the interest of a foreigner, who claimed rights to the communities’ lands, over the rights of those Afro-descendant communities settled since 1636.

The Afro-Colombian Solidarity Network deplores the lack of action on behalf of the authorities at the local and national levels, to address these critical issues that are causing severe environmental damage, security problems and stigmatization to the Community Council members and leaders. Furthermore, ACSN is deeply concern for the security of the Community Council members and leaders who continue receiving death threats because of their advocacy for the rights of the communities and the adherence to the rule of law. So far, we don’t know of any serious investigation of these threats and as it was confirmed during the verification mission, there has not been an effective response from any the authorities responsible to remedy this outrageous situation.

As a network that has been monitoring the violation of rights in La Toma and constantly reporting on such abuses, we strongly urge the Colombian national authorities to do the following:

Finally, ACSN expects that the Colombian government take seriously the issue of illegal mining affecting not just La Toma but all Afro-descendant territories where mining is an issue. The local and national authorities must comply with the Constitutional Court Order 005 of 2009 and the Sentence 1405-A that clearly define the ways and mechanisms to ensure remedies to the illegal mining, protect the communities and leaders lives and rights, and the physical and cultural integrity of the Afro-descendant communities. 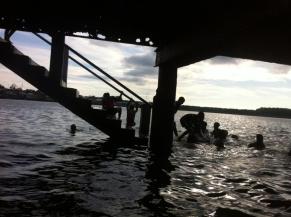 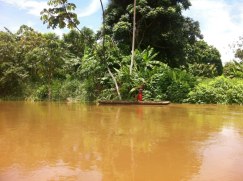